The growth in UK car registrations before WW1 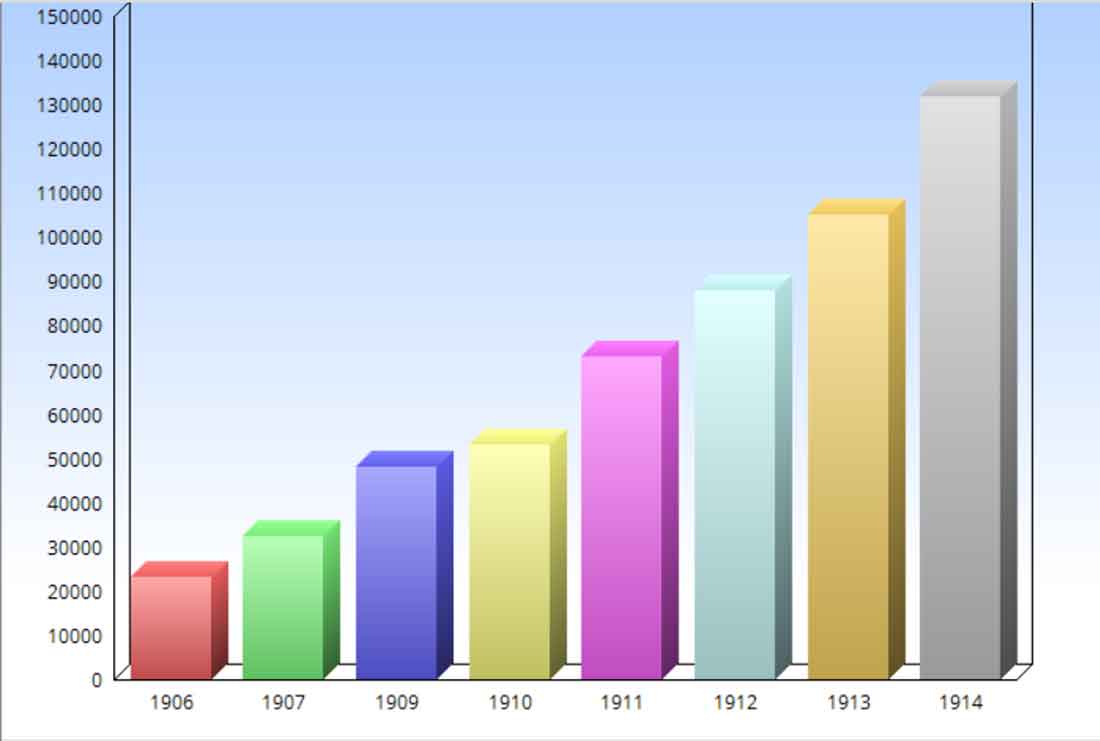 Towards the end of the 19th century there was a very strong railway lobby in the British Parliament. A large number of MPs were associated with the railways in some way, either running them, investing in them or making good use of them, and they were determined to protect their interests. The canal companies, their previous main rivals, had already been sidelined; and they were not prepared to allow the horseless carriage to upset the apple cart. The first ammunition they deployed was the 1865 Locomotives Act. This stated that:

This meant of course that the demand for these vehicles nosedived and British engineering companies were strongly discouraged from even thinking about making cars. A very large proportion of the time that the early pioneers spent was not in designing and building better cars but in battling against the legislation that was strangling the industry. This was despite the fact that in Britain, and in particular England, a road network that was the envy of much of Europe and certainly America had been developed so there was plenty of room for both horse drawn and horseless carriages.

Progress was slow. By 1878 the red flag could be dispensed with but it was still necessary for someone to walk in front of the vehicle. This was only abolished in 1896 when the speed limit was raised first to 14 mph, and then rapidly reduced to 12 mph. By The Motor Car Act of 1903 compulsory registration of every car was introduced, and an offence of driving without a visible registration number was introduced. Driving licences came out at the same time; to qualify motorist merely had to be over the age of 17 and possessed of the licence fee of five shillings. No driving test was required. The speed limit on a public highway was increased to 20 mph. It became obvious after 1903, when cars had to be registered, that they were here to stay. Official registration figures were:

Growth has been generally exponential ever since with more than 3 million cars registered at the peak in 2016, after which there was a slight decline. The Road traffic act of 1930 abolished all speed limits of cars; the most likely reason for this is because existing speed limits were ignored so much, and were so difficult to enforce, that trying to do so was bringing the law into contempt. however for the first time was mandatory for every car to be fitted with a speedometer. Third party car insurance became compulsory; and driving tests were introduced, but only for disabled drivers.
© 2020 Malcolm Bardsley. All rights Reserved.