How The Royce 10 impressed Charles Rolls 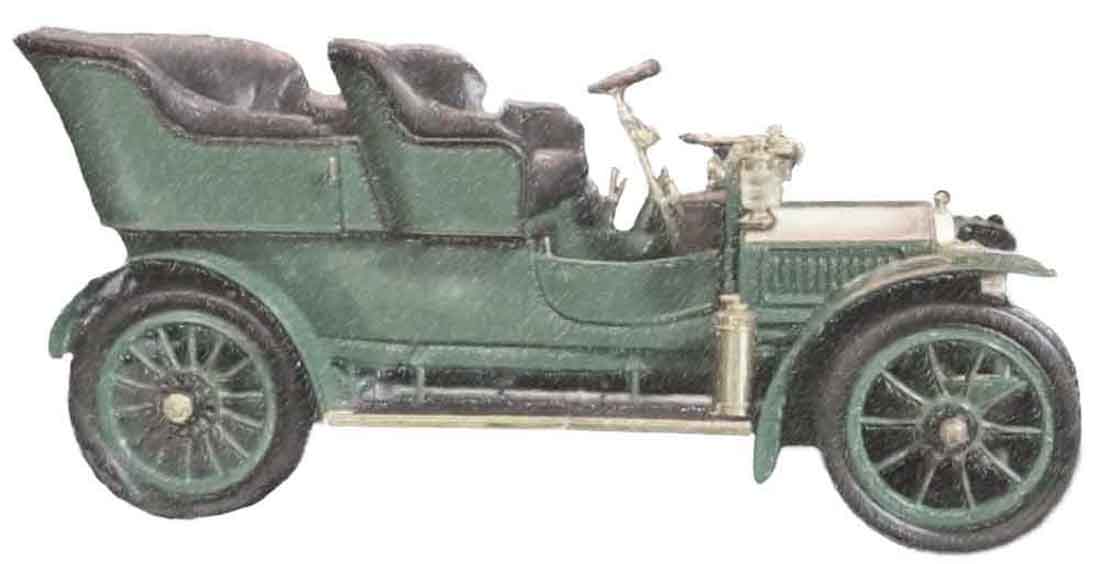 The official story of how The Honourable Charles Rolls, a very wealthy young man from London and an importer of the newfangled motorcar, first met engineer Henry Royce is not necessarily true but here it is anyway. Believe it or not, as you wish.

The car, at the beginning of the 20th century, was something entirely new in Britain. Rolls owned a car importing business and was selling fairly small numbers of Peugeot and Minerva vehicles, but he wasn’t particularly impressed by their quality. As a rich young man with an Eton education behind him he had a lot of friends with money to burn and he thought it would be a good idea to produce the best quality car in Britain, so that he could sell some to this super rich clientelle. He was very much a showman and salesman though, rather than an engineer. What he needed was to meet someone with the engineering skills to produce a car that he himself could sell. That man was going to be a car designer who had come up the hard way, one Henry Royce. And the man who introduced them to each other was called Henry Edmunds, later to be known as ‘The Godfather’.

A meeting was arranged between the two, and was reportedly held at the Midland hotel in Manchester – a very impressive Victorian pile that Hitler allegedly, and prematurely, wanted to use as his headquarters after he had conquered Britain, and where the Beatles no less were turned away from the restaurant because, as usual, they were inappropriately dressed. Rolls had a reputation for dressing like a mechanic and taking his own sandwiches into bars; rich people can get away with doing things like that; but there are no reports of problems with the hotel management on this occasion and the meeting apparently went ahead.

You can believe that version if you wish, or the alternative one, that Rolls had already seen Royce's first car, the Royce 10, at an endurance trial and he had asked for one to be sent down to him by train. When it arrived he was so excited he dragged his business partner Claude Johnson out of bed and insisted they drove around London all night. Either version may be true, or perhaps a mixture of both of them.

Either way: Royce was building engines that were so smooth that they were virtually silent. It was claimed a coin could be placed on it's edge on his engine and even if it was run at a high speed it wouldn’t fall over. The two men, Rolls and Royce, hit it off together and agreed to a joint development – they were to build cars under the name Rolls – Royce, and make a fortune together. It worked out well, but certainly not in the way that all the participants expected!
© 2020 Malcolm Bardsley. All rights Reserved.